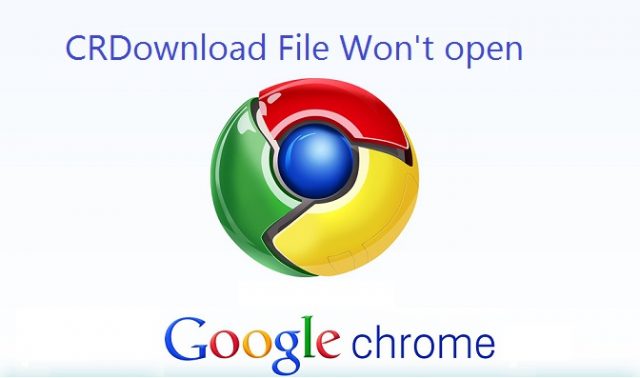 A CRDownload file is a partially downloaded file of Google Chrome. Like Mozilla Firefox creates PART file as its partial download file, similarly Chrome creates a file with .crdownload extension. The file represents that data of the file is not completely downloaded on the system. Whenever, a normal downloading procedure takes place, the web browser automatically creates a crdownload file to temporarily store downloaded information on the local machine and then removes it on its own when downloading finishes. It means that computer users can not create or generate this file manually, either by changing file extension or by any other means.

But sometimes, when this file is not downloaded completely due to loss of Internet Connection you may face errors like: CRDownload file won’t open or Google Chrome won’t open downloaded files. 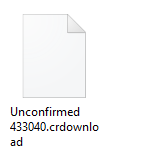 Get to Know More About CRDownload File

A crdownload file is created in a specific format, which is shown below:

For example: A user is downloading a file from Google Chrome browser whose name is ‘test’ and extension is ‘.doc’. Suppose the procedure of saving this file from internet gets interrupted due to loss of net connection or chrome downloads won’t open. This break will lead to the creation of crdownload file in the following way:

Moreover, the location of this file is the path where Chrome saves its downloading data. In general, the path of crdownload file is different for several editions of Windows Operating system.
For Windows 10 and 8.1: This PC >> Downloads
For Windows 8 and 7: C:\Users\admin\Downloads

There are two possible reasons due to which this error file creates and they are described below:

Since these CRDownload files are just a byproduct of Chrome therefore, these files can not be opened with a pre-installed computer program. Consider the following scenario, which is shared by a user:

“I am having a file, which is having two file extensions. One is .pdf and another is .crdownload. Well, I know about PDF file format but, not aware of this new file format i.e., crdownload. However, when I tried to access this file, I encountered an error message i.e., crdownload file won’t open. Can anyone help me in finding out that what exactly is this file and how can I fix the error where chrome does not open downloaded files?”

In such case where Google Chrome won’t open downloaded files, there is a chance to use and open this file by just renaming the downloaded file and then removing .crdownload file extension from name of the file. By implementing this trick, one can open CRDownload file in the application, which supports file of that particular format.

Notes: The approach described above to resolve chrome cannot open downloaded files is completely dependent upon the fact that how long the file is currently downloaded.

A Demonstration of Above-Discussed Method:
A crdownload file is generated while downloading a video file from Google Chrome. The name of the file is ‘Videotest’ and its extension is ‘.mp4’. However, just before the finishing point of downloading procedure, the internet connection get lost and the process got paused. Due to this sudden error, a file i.e., Videotest.mp4.crdownload got generated. Now when a person will change file name with of the above-mentioned trick, he will have to write file name in such format: videotest1.mp4

Well, the process of changing the file name and removing extension is just a hit-and-trial method to resolve the error.

Tip: This procedure is only applicable on video or audio related file formats.

Use Freeware to Fix Error

There also exists a relevant approach to fix crdownload file won’t open error or Google Chrome won’t open downloaded files error. This approach involves usage of a freeware, which supports files having .crdownload extension and open them in front of its client. One such alternative solution is crdownload viewer in which one just have to add file and then whole detail of the selected file will be loaded on software screen.

When one is trying to download any file and later come back for seeing crdownload file (located in Downloads folder), at such time is means that the file was unable to download properly. If there is proper internet connection available, then users are recommended to go backup in download manager page of Chrome and then retry downloading. In addition, if users are trying to open this file just by double-clicking on it then, they are going to encounter crdownload file won’t open error message. Therefore, a solution to fix this issue where Google Chrome won’t open downloaded files is provided in this blog, which is definitely going to help users in resolving their problem when chrome does not open downloaded files.