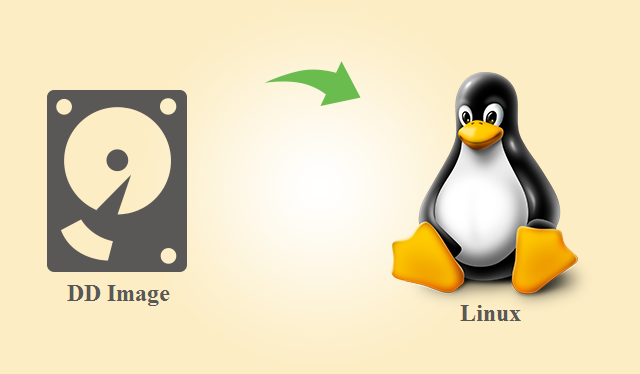 DD is a tool for Linux or Unix Operating system that is used to create a backup of your hard drive. DD image is also known as disk image which is created as a system backup. This backup can be used to recover important files during times of damage or corruption of data. With this system backup, users can also repair accidentally deleted data. We can not access disk image file without mounting it. So, to make files accessible from dd image we need to mount disk image dd in Linux. Mounting means making the file system accessible at a certain point. Sometimes, users find it difficult to mount raw dd image file. So, here we are going to discussed that how can we mount dd image in Linux or Unix Operating systems.

To make the file system accessible and readable at a certain point we need to mount disk image dd in Linux. After mounting the disk image of hard drive we can open any files stored in dd image. DD image is a secure backup file so it is used by forensics users to investigate the evidence. So to investigate evidence this there is a need to mount dd image file in Linux.

Query 1: I have created a dd image of my entire hard drive in Linux Operating system and I want to mount & open raw dd image file to make file system accessible. I have no idea that how can I mount dd image in Linux. Is there anyone who can help me by mounting disk image dd in Linux. Thanks in advance.

Query 2: I have to make disk image of my whole hard disk using dd tool to use this as system backup and now I want to open files store in dd image. To do this I have to mount dd raw image and I do not know any method to mount disk image. Please share your views to help me.

There are two methods are present to mount disk image in Linux Operating system. First is by using disk image mounter application and other is by using commands in Linux terminal window. Now, we are going to discuss about both these approaches.

Ubuntu’s Unity desktop and GNOME include a “Disk Image Mounter” application that can mount raw dd image file. To mount disk image with the help of Disk Image Mounter, you just have to go through the below mention steps:

After following the above mention steps, you became successful to Mount DD Disk Image in Linux.

There is also an another approach to mount disk image dd Linux by using commands in Linux. This method is useful if users are just using the command line or if users are using a Linux desktop that does not provide a “Disk Image Mounter” application to mount raw dd image file. These methods include the below mention steps:

Mounting of a file system means making the particular file system accessible at a certain point in Linux and a file system is a hierarchy of directories. So, after creating a dd image of hard disk, we need to Mount DD Disk Image in Linux. We can do this with the help of two methods. First is by using Disk Image Mounter application and another approach is by using Linux terminal commands. Both these approaches are easy to implement and helpful to mount dd image in Linux OS. Forensics users can use any of these methods to mount disk image dd Linux to investigate the shreds of evidence.