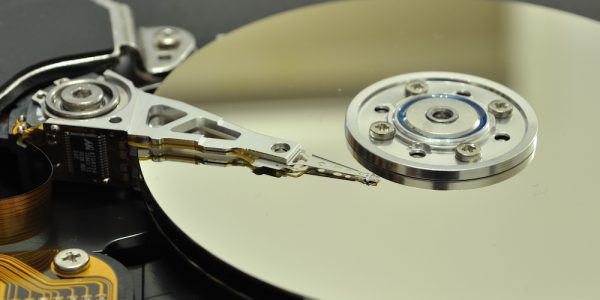 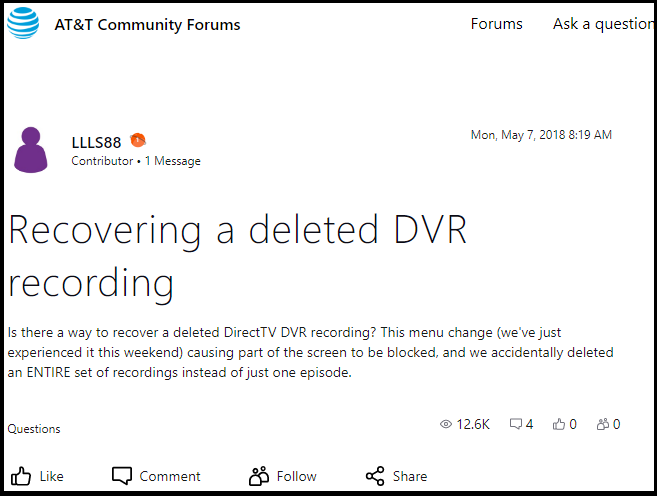 In these hard times of isolation…When Covid-19 has struck everyone’s life.

When the theatres, concerts etc. have taken a leave!!!

Television acted as that buddy who glued all the family member at one place.

You started exploring and recording new shows … adding them your guilty pleasure list.

So that after ‘Work from home’ you can binge watch them later.

It hit like ton of bricks… when you couldn’t find a sign of the recordings you wished for.

God Knows Where it Disappeared??

To find the assured answer for query that Can I retrieve deleted shows from my DirecTV DVR is like looking for a needle in a haystack. So much is available but nothing is failsafe.

In this blog you will find top three methods to straighten out the DirecTV recordings disappeared issue.

But as matter of fact it become necessity to recognize the cause of deletion. So user can choose the definite solution to recover the deleted programs.

Pay Attention – When user find out that the recordings has been deleted from the DVR, then it strongly advised to stop using the recorder instantly.
As it will cause the overwritten of recordings, which are not possible to recover.

Many times the troubles lies from service operator’s end. Additionally the lack of harmony between DVR environment and television set can obstruct the proper functioning. Then we need to perform following methods:

If the problem was present due to conflicts between receiver and TV set, then most probably it would be resolved by now.

Do You Own TiVo Receiver?

If you are one of those DirecTV users who possess TiVo DVR, then this solution will certainly get the job done.

Note – Always make space before recovering and restoring the deleted show or else the process will get interrupted or fail before completion.

TiVo clearly mention that it’s UNDELETE feature can recover only in cases of:

TiVo recovery feature lags behind when:

What if Recordings Aren’t Found?

One of the user asked about the recovery of recordings deleted from the “Recently Deleted” folder.

But TiVo has its limitation while recovering the deleted shows.

Is There Any Alternative Solution?

Yes…Using SysTools DVR recordings you can recover the deleted recordings. You can download this utility on any version of Windows.

Even if the recordings aren’t present in the “Recently Deleted” folder OR DVR deleted the recordings to make room for new ones. you can also recover deleted CCTV recording in CP plus.

You can still you can recover the deleted shows recordings effortlessly.

Last But Not Least

User who lost their recordings from DirecTV DVR they search every nook and cranny to find answer for the question “Can I retrieve deleted shows from my DirecTV DVR?”
We showcased top three prominent solutions to recover users all-time favorite shows recordings.
If rebooting of DirecTV DVR and TiVo fails to provide the deleted recordings then you just have to think out of the box.